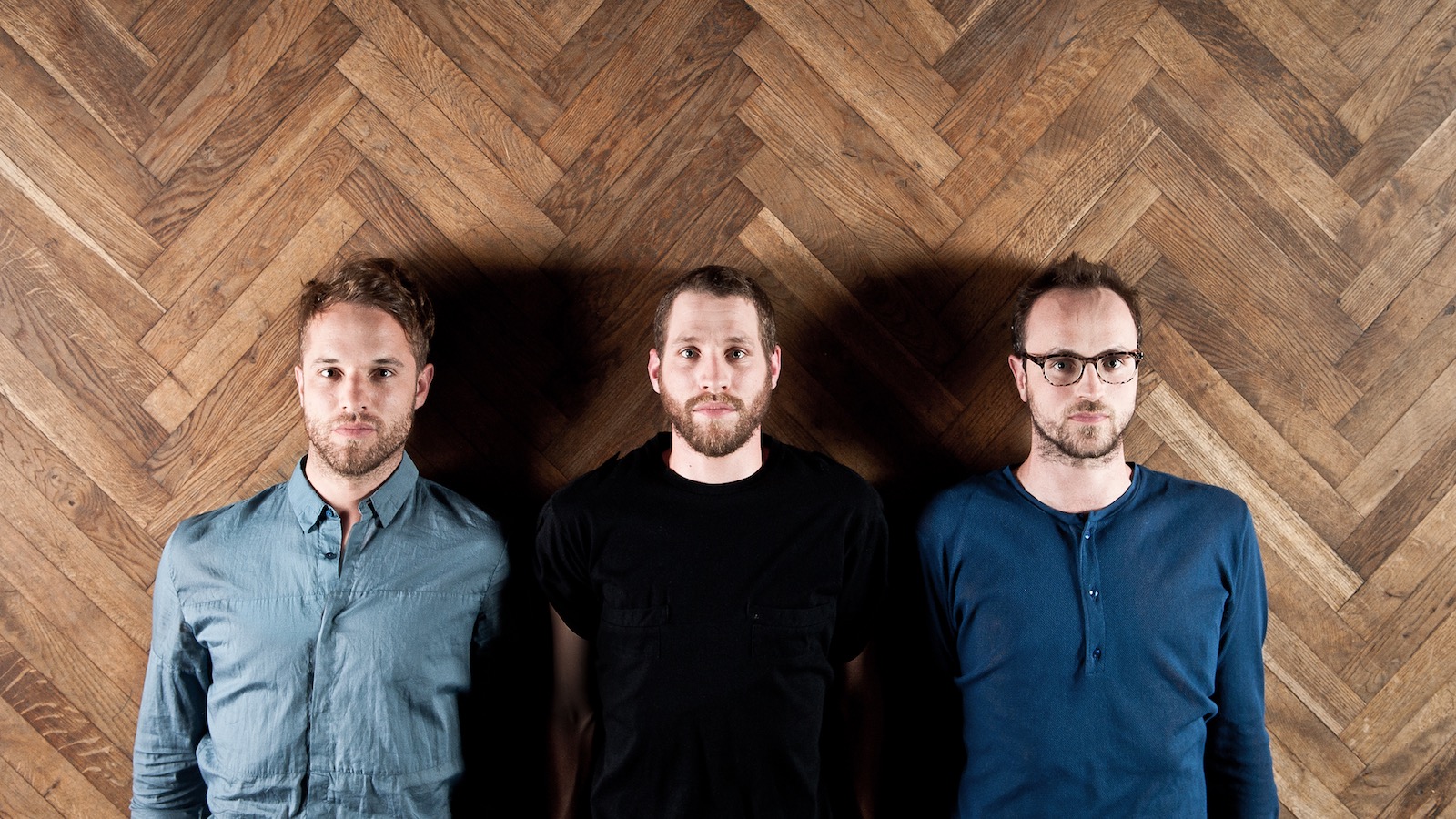 Live performances of electronic music have gone a long way since the seminal decision of a few men from Düsseldorf to leave their Krautrock beginnings behind and to become machines. Since then, the list of successors is epic and technologically refined in the process: from the musicians who on stage incorporated electronics into their post punk aesthetics to today’s laptop PAs blurring the lines between performance and DJ set in a club context. Of course the evolution of according concepts also proceeded in reverse, with electronic musicians implementing their sound into traditional band structures, and performing their music as modern interpretations of the latter, combining the sounds of the according analogue and digital equipment.

Taking all this into consideration, Elektro Guzzi from Vienna are none of the above, which is exactly why Macro didn’t hesitate to sign them. Though their sound most certainly suggests that Bernhard Hammer, Jakob Schneidewind and Bernhard Breuer also decided to become machines, they strangely enough don’t use any (it took several confirmations in mails and personal meetings and a rehearsal video to convince that they don’t).

As digital as they may sound, they couldn’t be more analogue, producing and performing with the most classic of all setups: bass, guitar, and drums. But however traditional they may look as a band, they certainly do not sound like one.

Elektro Guzzi are not interested in exploring their minimal and dubbed out soundscapes in long epic jams, where coincidental ideas born out of improvisation are the unofficial band member. Elektro Guzzi are interested in structure. They produce and perform like any modern electronic producer and performer wanting that every element of a track is exactly where it is intended to be. There is no computer backup material they prepared earlier, no loops and things, no overdubs. However hard it is to believe, what you hear is 100% live.

The Band startet in 2004, taking five years to shape their skills before ever entering the studio. This may explain why they have been one of the few acts so convincing that they got a tour of Japan and appearances at Barcelona’s Sonar and Berlin’s Berghain booked before any recording was even promoted.

As fascinating as the resulting music already sounds on their debut releases for Macro (produced by Austrian legend Patrick Pulsinger), the band is perfectly able to bring it on stage. There, they connect the hypnotizing force of their analogue techno with the visual treat of a band doing it all right in front of your eyes. You hear it, you witness it, and you dance. .

you witness it, and you dance. .