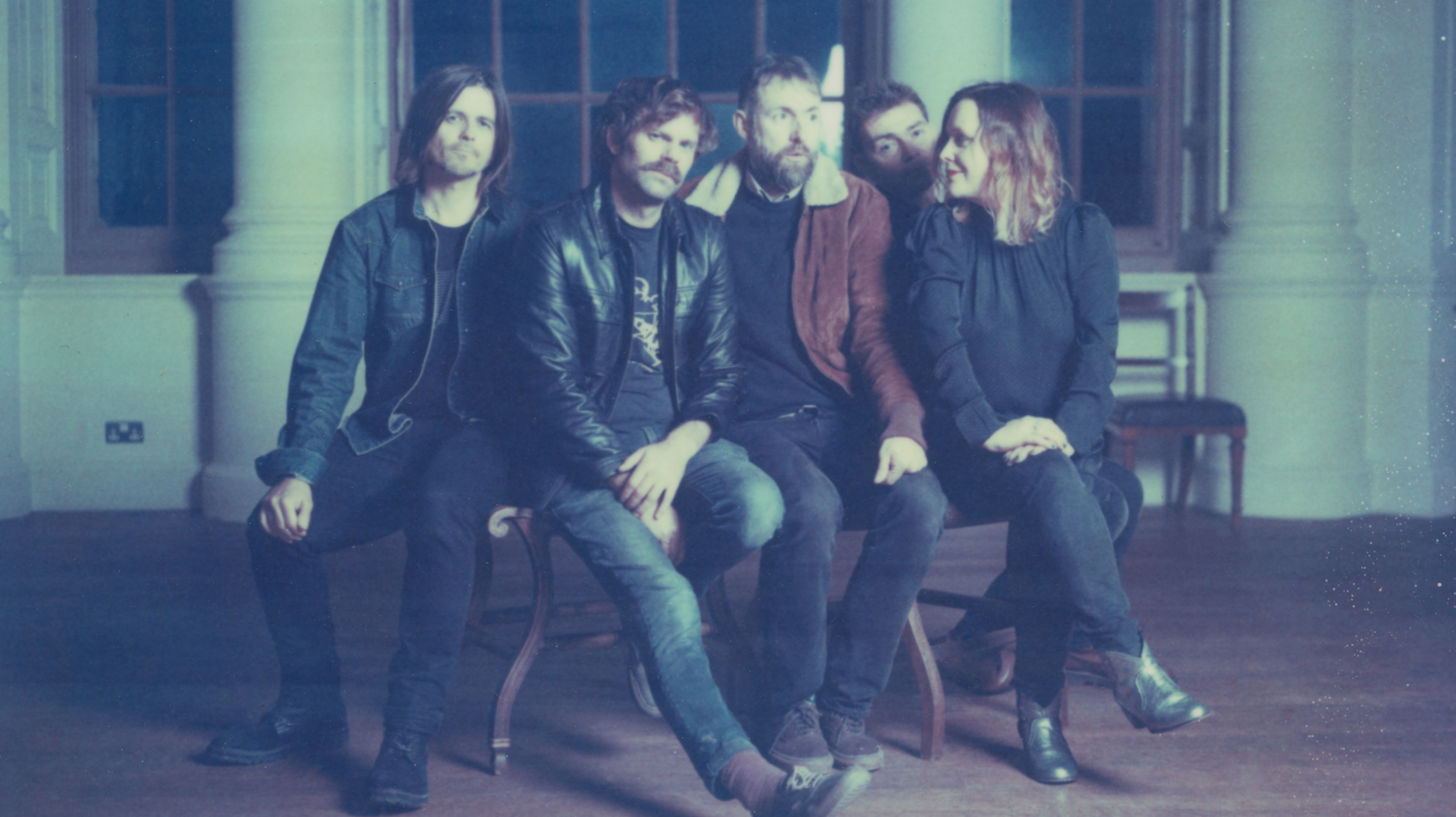 (From their official site)

Long-term school-friends Neil Halstead & Rachel Goswell formed Slowdive in October 1989, the name, Slowdive, coming from a dream Neil Halstead once had. According to an interview in Alternative Press, he dreamt of two words, Slowdive and Slowburn. At first they were a highly derivative My Bloody Valentine/Sonic Youth clone, but even their first demo reveals a better understanding of controlled noise than most of their contemporaries. In their defence the ‚demo‘ was really just them recording for fun, and it wasn’t until early in 1990 that the band became Slowdive proper with their own ideas.

The major change was the addition of third guitarist, Christian Savill, previously of local act Eternal. „We advertised for a female guitarist, but only Christian replied. He writes a sweet letter though, he said he’d wear a dress if neccesary“. The songs on the second demo show a leap forward, while previously they headed towards a climax of noise, ‚Avalyn‘ was a gentle steady flow of nearly white noise. It’s this demo, passed on by another Reading act, Swervedriver, that brought Slowdive onto Creation records and became the first single, as attempts to recreate the atmosphere in a more expensive studio failed.

Problamaticaly between recording the demo and signing to Creation their drummer left for University, and they were forced to draft in a replacement. He didn’t share the same aims and tastes as the group, and they didn’t really get on with him, making time on the road a little uncomfortable. More importantly „He had a shaggy perm, he looked like Jon Bon Jovi“ so he was replaced by the bowl-cutted Simon Scott, of the sadly deceased Charlottes. Simon later left Slowdive on good terms in February-March 1994 to continue his career in jazzy circles and was replaced by „the immensely handsome and talented“ Ian MacCutcheon before they went on their 1994 north american tour, which they paid for themselves since SBK Records, their U.S. distributor, who had promised them an extensive tour, went out of business.

My Bloody Valentine have been directly relevant to their use of guitar sound. The Cocteau Twins and The Byrds were big influences too. They worry about the build them up/knock them down syndrome, complaining that the British press expect revelations with the first record, while bands like the Cocteau’s & MBV have taken years to achieve the respect they have. The problem has probably been caused by the string of excellent debuts by Pale Saints, Ride, Bleach and Slowdive themselves creating an expectation that the best music will come from previously unknown bands. Slowdive have been perhaps particularly lucky with Melody Maker giving them single of the week for all their releases during 1991, and a reviewer at NME giving them the same accolade as he felt the review printed the previous week was unfair.

Slowdive was the first band featured by Creation on IRC on february 2nd 1995. In one of Slowdive’s newsletters, they wrote about a planned cover of Galaxie 500’s „Fourth of July“ for a tribute album, that was going to be released by Elefant Records in Spain. To my knowledge, the album was unfortunately never released, and probably never will be, at least not including Slowdive, beacuse the band was dropped by Creation shortly after the release of Pygmalion, April 1995.

This affected the release of Pygmalion in the U.S. and the band started to look for a new label. Rumors said that Rachel and Neil sent a demo to 4AD, which got a positive reaction from the label. And that happened to be the truth. Rachel, Ian and Neil formed the band Mojave 3 and were signed to 4AD in the summer of 1995 (for that story, please check the Mojave 3 Discography). Rachel Goswell said: „After that („Pygmalion“), Slowdive didn’t so much split as take a shift in direction, one that a couple of the other members weren’t comfortable with. It didn’t seem right to carry on with the same name, we needed to get a fresh start and all the pieces fell into place for us to get one.“