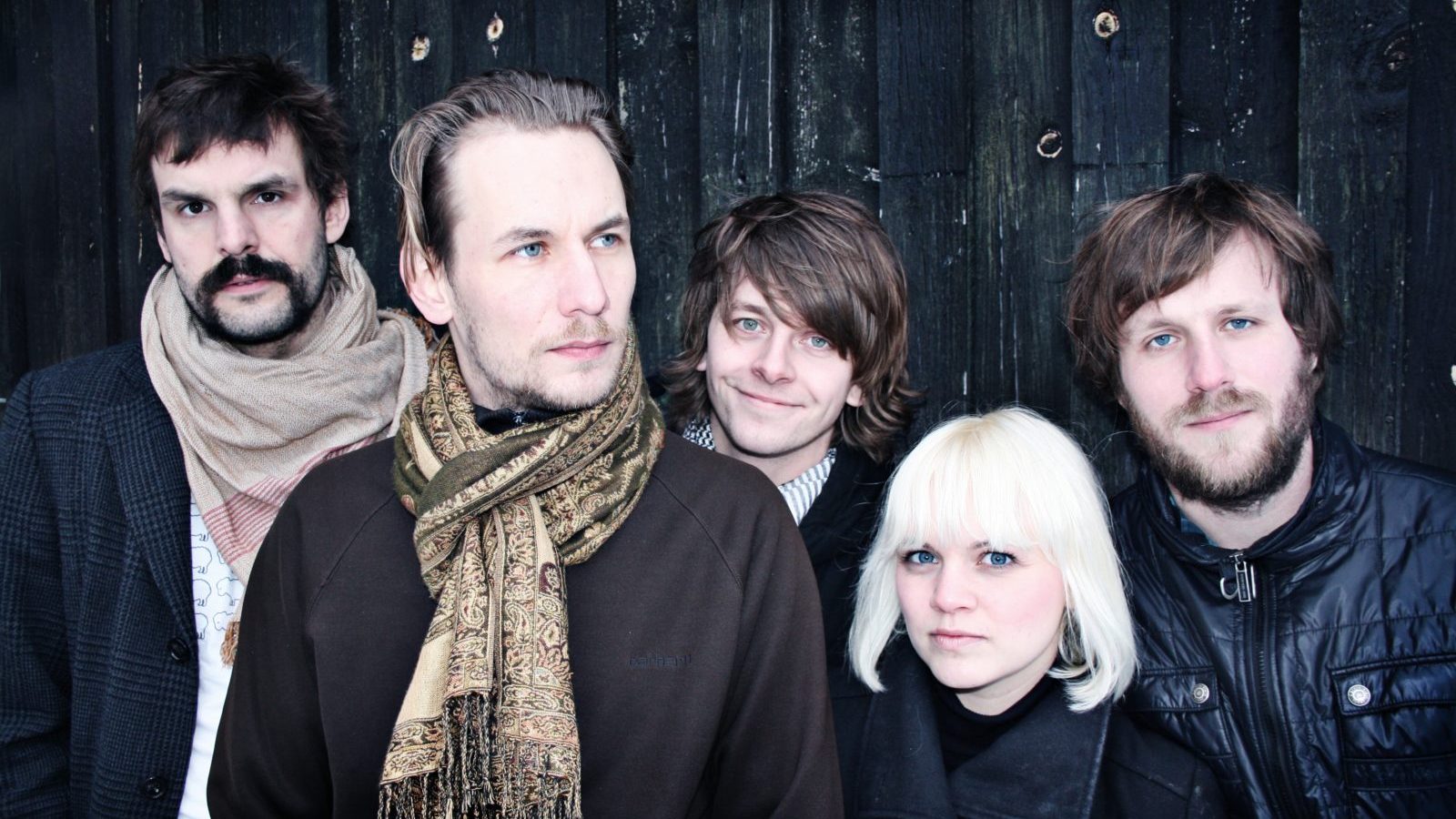 The name of the band is more of an ironic corruption of “apostolic faith mission,” than a nod to the over-indulgence it implies. It’s from a neon sign in Brooklyn from which Thorben Seierø Jensen and Sune Sølund set off on their search for a musical road-less-traveled.

The momentum behind those beginnings might have come from the so-called straight jackets that the two Danes cloak themselves in to compose. Rules. For the first album, there was a dire regimen of late-night recordings in the bedroom of a tiny Copenhagen flat lit only by candlelight. Other essentials included improvised percussion instruments and a drinking requirement.

From the smallness of that space the substance of Alcoholic Faith Mission took shape in their first album, Misery Loves Company. Variously encompassed as a self-indulgent, melancholy, acoustic outreach, Misery made a modest splash that fueled a tour of Denmark, and occasioned the band’s evolution from a varied collective with a core of two, into the five constituents including Kristine Permild, Gustav Rasmussen and Laurids Smedegaard that make AFM today. It also brought forth PonyRec, the band’s European label and management firm.

The second album was the result of a half year immersion in an old factory loft nestled in the heart of Hasidic Brooklyn. For this outing, the dogma confined them to using only the things they found within the four walls of the flat to compose and frame every track. Named for the address, 421 Wythe Avenue was heard by many and written about by a good number of bloggers and journalists. The reviews have ranged from mild intrigue to utter adoration.

Three tours of Europe followed, as did label deals in Japan and the U.S. The proverbial icing on the cake came from Canadian indie film, Point Traverse that put four songs from 421 on its soundtrack. As you read this, the album winds its way around the Americas, Japan, and the U.K. Perhaps it leaves an impression there that has begun to define the band and its sound in a new way. Perhaps, as many of the reviewers reckon, it’s even a new sound.

Alcoholic Faith Mission’s third release, cumbersomely titled Let This Be the Last Night We Care, was available for general consumption in March of 2010 and has been recieved with even more adoration from the critics than its predecessors.

Having toured Germany, Holland, Belgium, Poland, Switzerland, France, Luxemburg, Italy, Wales, England and the US, with a total of more than 75 shows it’s safe to say that Alcoholic Faith Mission is slowly undoing the tethering shackles of “up and coming” to being an important voice in mainstream indie rock.