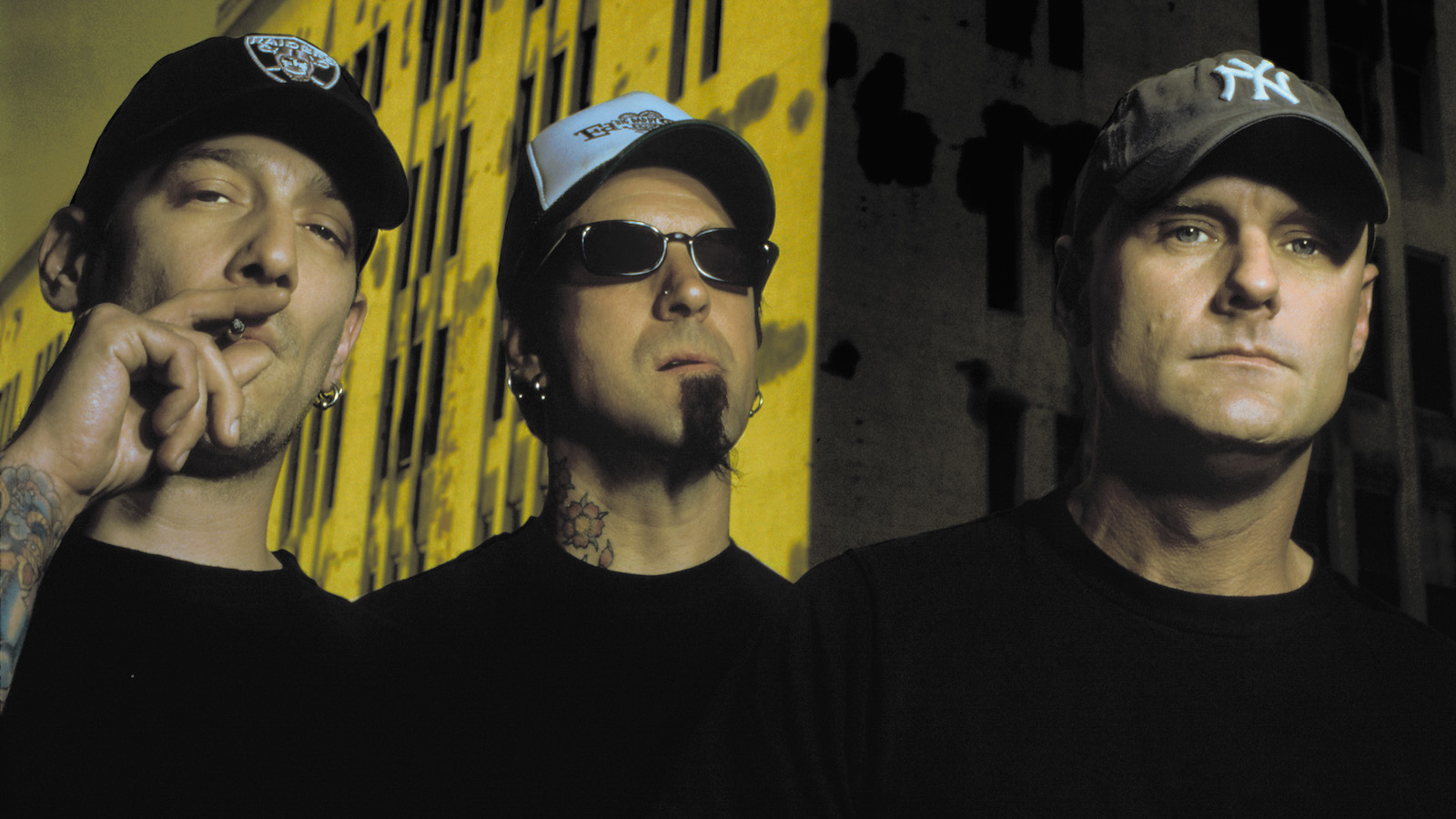 Formed in a dilapidated downtown New York City of the late 1980s under the regime of tyrannical Ed Koch, one of New York City’s least attractive mayors, UNSANE’s imposing presence and influence remain as diverse and expanding as the seldom dull or predictable crowds at their powerful live sets. Coming from the same pre-Quiznos East Village music scene which spawned many acts pigeonholed into what was called noise rock, UNSANE always separated itself by performing and producing sounds with an urgency and sincerity without peer even among strong contemporaries such as early Helmet, Cop Shoot Cop and Pussy Galore.

The band’s self-titled debut was released in 1991 and was known for its harsh music and gruesome cover art: a photo of a decapitated man on a New York City subway track, his body still wearing a Members Only jacket.

The band toured heavily, and signed to Atlantic Records, who released Total Destruction in 1993 — it was UNSANE’s only major-label release. Their third album, Scattered, Smothered & Covered, was released by Amphetamine Reptile. The music video for the single „Scrape“ was made for a mere $200, yet earned significant play on MTV. Not since Black Flag, has any band had such an arresting and consistent visual style: from UNSANE’s true gore album covers to their legendary wince inducing „Scrape“ video clip – a watershed marriage of low-tech and high concept.

They continued touring heavily (including a stint opening for metal icons Slayer), but did not release a new album until 1998’s Occupational Hazard, issued by Relapse Records. Later in the same—seeming to fulfill the album’s title—Spencer was attacked by four people while in Vienna, Austria. He ended up in hospital suffering internal bleeding and underwent major surgery. As a result of Spencer’s injury, and touring over ten months of the year, the band decided to take a break in 2000.

During the interim, Spencer moved to California where he formed a new band with Dave Curran called The Cutthroats 9, releasing one album on Man’s Ruin Records. Curran also started a new project called The J.J. Paradise Players Club and Signorelli opened a tattoo shop in Brooklyn.

UNSANE reformed in 2003 upon Spencer’s return to New York, and released a greatest hits record, Lambhouse. The band got back to touring and soon after released Blood Run on Relapse Records.

In 2007, the band regrouped and signed a one off with Ipecac Recordings and released the critically-acclaimed Visqueen. Touring soon followed.

In 2008 Spencer went on to form the band Celan with Ari Benjamin Meyers (Redux Orchestra), Niko Wenner (Oxbow), Roeder (flu-ID), and Xavi (flu-ID), and in 2009 they released the well-received album Halo on the Berlin label Exile on Mainstream Records and toured Europe.

In the same year, Curran formed the band PIGS from the ashes of J.J. Paradise Players with him transitioning to guitar. Over a beer with James Paradise (Fresh Kills), it was decided another band should be formed. The band was soon rounded out with Eric Cooper (Made out of Babies) on guitar and Andrew Schneider (Slughog) on bass with Jim bringing the weighty rhythm and backbone to the operation.

Also, in the same year Signorelli formed A Storm of Light with Josh Graham (Neurosis, ex-Red Sparowes, Battle of Mice, Blood and Time) on guitar and vocals, Domenic Seita (ex-Tombs and Asea) on bass, and Pete Angevine (Satanized) on additional drums and percussion. A Storm of Light spent most of the spring touring with Neurosis and they released their debut album in 2008.

2010 now sees the band reformed and poised to pound the globe all over again this time in celebration of one of their most infamous opuses, 1995’s Scattered, Smothered & Covered (Amphetamine Reptile). Spencer and will company will be making a few special appearances in August 2010 that will see the band performing the aforementioned album in its entirety at every tour stop in celebration of AmRep’s 25th Anniversary.

‚WRECK‘ was released on Alternative Tentacles in 2012.